When we want to share our faith with others, we will have to deal with their misunderstandings of the Christian faith. This is known as Apologetics, and I have gathered some resources to help you understand how to deal with unbelievers.

The Question That Stops Christians

In Their Tracks by Greg Koukl

What kind of things do we need to know in order to deal with people like Greg Koukl does in this video? I hope you want to know that, and I have some people I found on the Internet that can help you learn more about Apologetics.

When Josh McDowell was in college, he had a reputation for being one of the happiest people around, but in his heart he was broken and he knew it. One day he met a group of people who seemed to have something he was missing, and when he asked them about it, they told him it was because of Jesus Christ.

When Josh rejected their explanation in favor of atheism, they challenged him to examine the evidence for the Bible’s accuracy as a professional historian, and Josh wrote about what he learned, and the name of his book is “Evidence That Demands a Verdict.”

Here is a picture of the latest version of the book to be published.

Evidence That Demands A Verdict by Josh McDowell 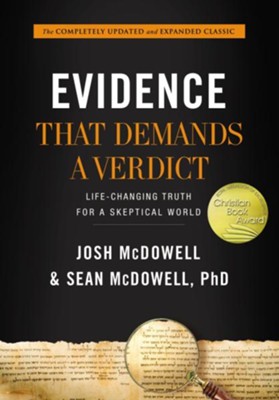 If you are looking for a book on how to use Apologetics, then I have one to recommend to you. Its called Tactics, and the cover looks like this.

A Game Plan For Discussing Your Christian Convictions 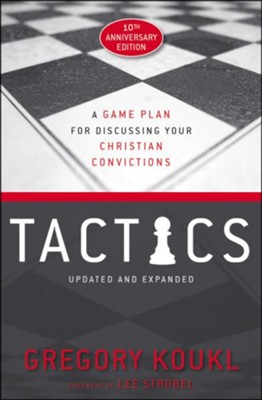